You are here: Home / About AILI 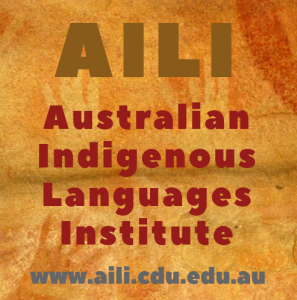 There are concerns that higher education courses in language maintenance and revival are out of reach of many Indigenous language workers who would like to upskill beyond short courses and VET qualifications. For reasons of distance, eligibility, online access, workload and financial concerns among others, the few courses available in Indigenous languages at universities are not seeing enrolments from those who seeking career pathways in this field.

Of around 120 Indigenous languages still spoken to some level in Australia, only six can be studied at university level. These are scattered across universities, and cross-institutional enrolment can be challenging, reducing access to courses across the sector.

The Australian Linguistics Society (ALS) ran workshops in 2014 and 2015 to address the question “Learning Indigenous Languages – Can Universities Help?” A working group of academics was created, called TAILU – Teaching Australian Indigenous Languages at University, endorsed by the ALS in2016. The goal of this group is to create and extend opportunities for tertiary study in this field, through advocacy, networking, and the coordination and creation of programs.

The AILI is inspired by work in North America by AILDI (American Indian Language Development Institute, University of Arizona) and CILLDI  (Canadian Indigenous Languages and Literacy Development Institute, University of Alberta), which offer a range of courses for Indigenous people to attain qualifications to research and teach their languages. They also create networks of researchers who can support each other and collaborate on related projects, developing into communities of practice fostering cooperation rather than competition for the limited funding available.

In January 2018 the TAILU group ran its first Summer School in Indigenous Languages at the Charles Darwin University campus in Sydney as the first activity of the Australian Indigenous Languages Institute (AILI). Three courses were offered, however there were only enough students to deliver the Gamilaraay language course. Dr John Giacon worked with some Gamilaraay language authorities and taught keen students from various universities and from the general public. Read about the course in this article from the Sydney Morning Herald.

The following table shows figures for the AILI intensive courses and travel scholarships offered for Linguistics for Indigenous Languages:

The AILI  is supported in-kind by the universities involved, through the provision of staff to co-ordinate activities.

In May 2018  the AILI applied to the the Indigenous Languages and Arts funding program through the commonwealth Department of Communications and Arts. The proposal outlined the following aim:

The success of this application means that the first 5 travel scholarship winners will attend the Summer School in Sydney in January 2019. Another 4 students were awarded scholarships for the Darwin intensive courses in July 2019, and the remaining funds supported 9 students to attend in Darwin in February 2020. There is no further funding currently available for this program.

The AILI seeks to involve more individuals and universities in promoting and facilitating opportunities for learning Indigenous languages in Australia. 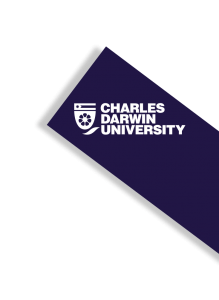