Convenor of the Australian Indigenous Languages Institute, Cathy Bow, said the course delivered important skills and training for highly experienced, as well as up and coming language workers.

“In the past, linguistics work has largely been done by non-Indigenous linguists, so it’s significant that these language workers are taking back control of their languages for their own purposes,” Ms Bow said.

Run by the Australian Indigenous Languages Institute, the course attracted students from Adelaide, Shepparton, Groote Eylandt, Kununurra, Ceduna, Innisfail and Ngukurr. Some participants still speak their Indigenous language, while others are reclaiming it from documentary sources.

Funding from the Federal Government’s Indigenous Languages and Arts program enabled travel scholarships for many of the attendees, and teaching was provided through the NT Department of Education.

The course provided an introductory understanding of the practical and theoretical aspects of linguistics and how languages work, including sound production and systems, parts of speech, grammatical relations in words and sentences, and meaning. Participants learnt skills they can immediately put to use in their language communities.

Listen to an interview with two of the participants on ABC Radio Darwin. 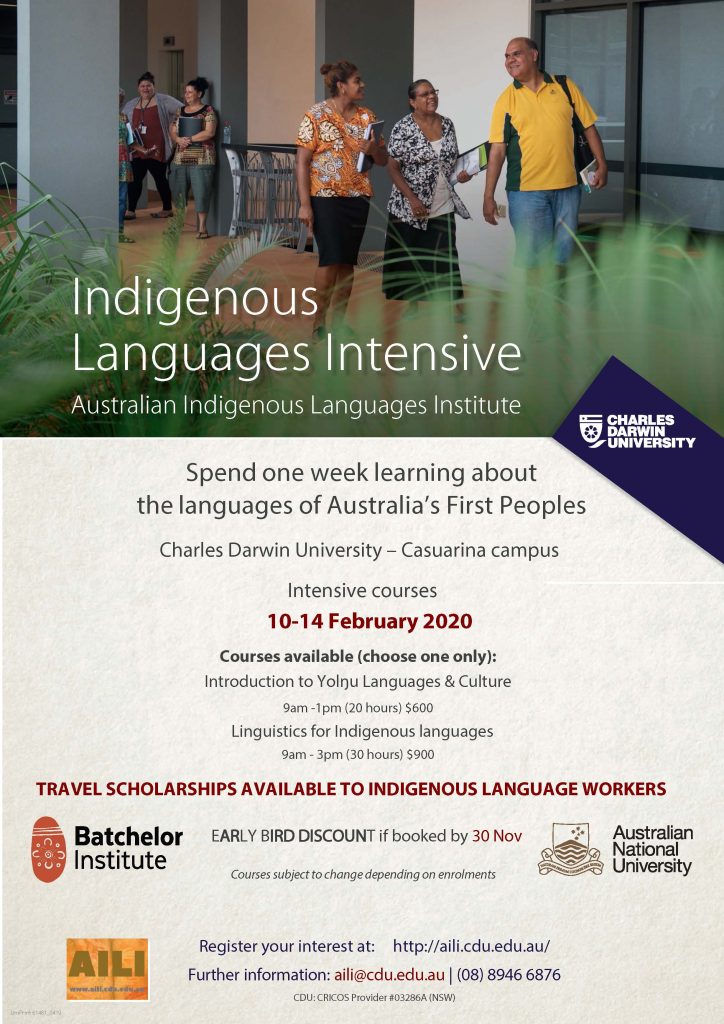